You Want A Real "Transportation Alternative"?

Staff member
Would you like to see a real "Transportation Alternative"?

Today it was announced that an inbound lane on the Brooklyn Bridge would be closed and turned into bike lanes starting June 21st. The inner-most Manhattan-bound lane will become a bike lane.
gothamist.com

This article from a cyclist propaganda website says there are 125,000 car trips a day vs 2,600 cyclist trips on Brooklyn Bridge. Reducing inbound traffic by 1/3 would mean about 30,000 passengers according to this source. Bicycle traffic would need to go up over 1,100% to make up for that. What is also left out is the increase in pollution the extra congestion will cause - but that is always left out when Transportation Alternatives advocates causing congestion purpose. The Efficient Past and Wasteful Present of the Brooklyn Bridge

In the headlines this morning, we linked to a great historical photo of the approach to the Brooklyn Bridge on Brownstoner, and it’s taking a closer look at the full implications of the shot.…

I think it's fairly obvious that kind of increase in bicycle traffic is a utopian fallacy. But how about this as an alternative?

There are undeveloped sites near the Brooklyn Bridge - including the city owned parcel which appears to be unused at the foot of the bridge and used to be a $3/day lot which I parked at often during the time I was consulting at Brooklyn Union Gas Montague St. The state could take some of these sites be eminent domain (just like Cuomo wanted to do around Penn Station) and create parking structures and a trolly depot. Then use that same lane for a free trolly across the bridge to some destination (yes more eminent domain for a turnaround on the Manhattan side, but with the Soho/Noho Rezoning there's a bunch of buildings which will be going away anyway).

I think it's a lot easier to imagine 30,000 computers a day coming over the bridge in this manner than switching to bicycles (especially on a snowy day in January).
#realestate #transportation #parking

Wouldn't you need to take over two traffic lanes, though? So you could have trolleys traveling in each direction? Could you get the volume of ridership you're talking about with only one lane?

Also, you could achieve the spirit of the idea (free public transportation over the bridge) much quicker/easier/cheaper by using buses we already have on the roads that already exist. Pickup/dropoff could be at parks/transportation hubs that already exist like Brooklyn Bridge Park and/or Atlantic Terminal on the Brooklyn side, Battery Park City/Fulton St on Manhattan side. We could get this up and running in a matter of months rather than years. No need to build additional parking since it would be close to so much public transportation (most subway lines, PATH, LIRR, SI Ferry).

But then we'd still be left without doing anything about the problem that the existing plan is trying to solve, which is that there's no room for people on bicycles to travel across the bridge, given the narrow shared space with pedestrians.

Staff member
Thanks to Transportation Alternatives, Polly Tractenberg and all the other "congestion on purpose" advocates have made New York City Number #1! ...When it comes to Worst Traffic in the entire United States. 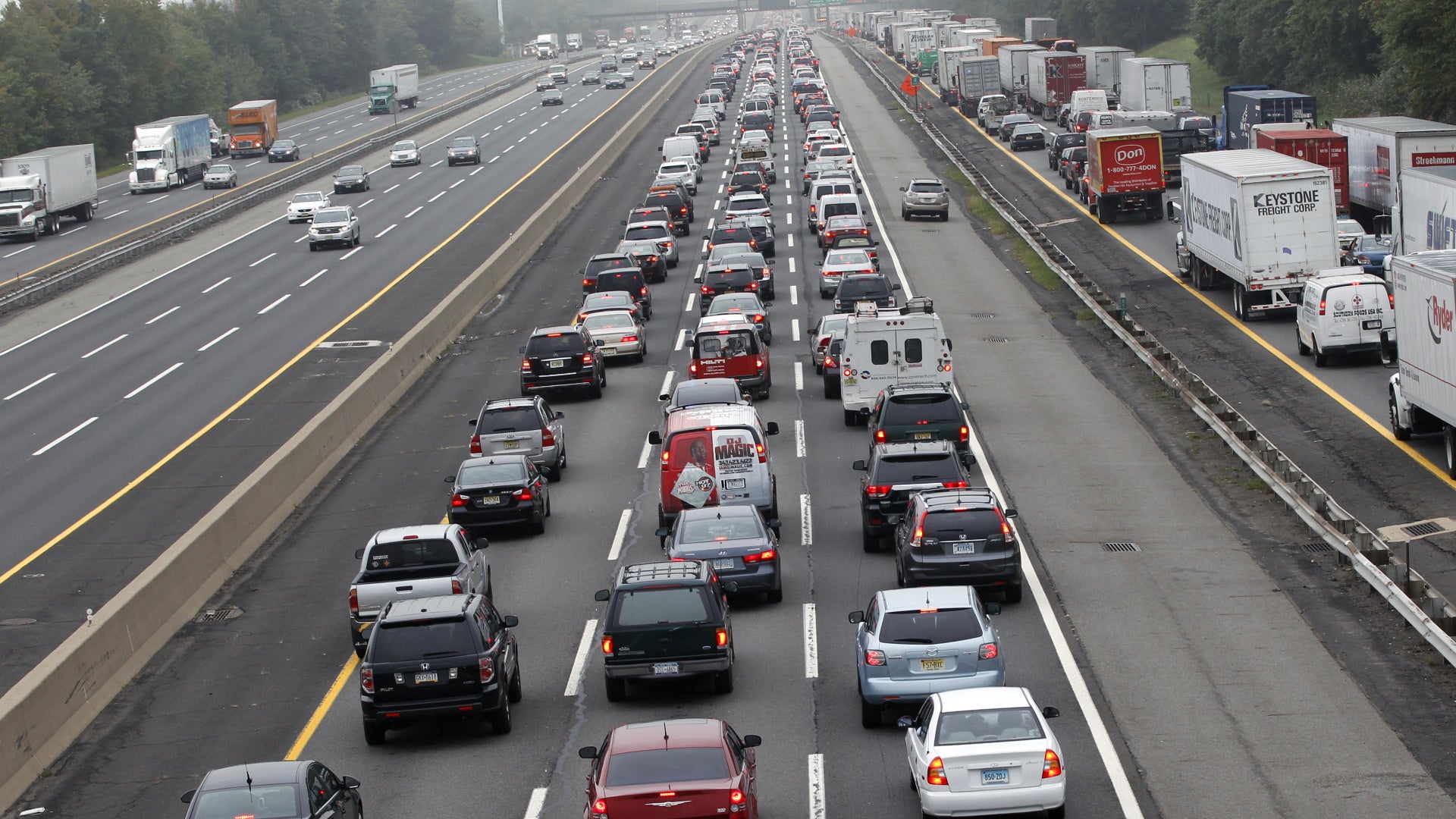 Move Over, Los Angeles: NYC Now Has the Worst Traffic in the US

If you hate traffic, you might want to avoid the coasts.

If you want to cause congestion on purpose it's fairly easy to do so. For 3 decades that's what has been advocated by Transportation Alternatives and been heavily bought into starting with the Bloomberg administration. So now that we have it we see blame on all the evil cars. But it was by design from alleged "transportation advocates." How's that working out so far? Just look at this headline. They got exactly what they wanted. But they never mention the increased pollution lays at their own doorstep.

NYC has been diminishing bus services for decades exacerbating transportation deserts in various parts of the outer boroughs. Close to no one is going to spend 4 hours round trip commuting 20 miles each way by bicycle. The continued proliferation of bicycle lanes and various euphemistic "traffic calming measures" has vastly increased congestion and pollution despite various claims of the strategy being "environmental."

We need to use the resource of city streets more efficiently, not waste them by turning the most heavily utilized streets into busways which are 95% unused. We need to smooth traffic, not jam it up in the hopes that drivers with abandon their vehicles. Congested traffic isn't "calm": frustrated drivers tend to act in less safe manners and congestion increases pollution it dissolve it. It also wastes millions of hours in commuter's time and damages businesses.

i understand the argument that small businesses will be inconvenienced by having to staff at off hours to accept deliveries. My answer is twofold: firstly if that's what it takes to solve this issue which in my opinion is choking off commerce in NYC then it's a necessary evil. Secondly, if you look at the rents small businesses are paying these days having one employee around after hours to accept deliveries doesn't seem to be a huge expense. When rents were $800/month I could see the issue. But when you're paying >$10,000/month in rent hiring outside contractor for $200 a few times a month to accept deliveries doesn't seem that big a burden.
David Goldsmith
Associate Broker
Bank Neary Realty
David@BankNeary.com
212-633-2727 x213
@nyc_real_estate_guy Instagram

Staff member
Mommy, please tell me the fairy tail again where when they close down 14th Street to cars they are all going to disappear instead of just going over to 13th Street. 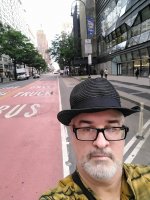 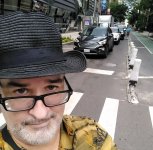 You never said whether you'd be willing to give up two lanes on the Brooklyn Bridge for your trolleys, and what you would do about the lack of space for the cyclists.

I can assure you that TA and other transit advocates have not got "everything they wanted", and are pointing to that same traffic study as proof of the failures of DiBlasio etc. to do enough to reduce traffic.

David Goldsmith said:
NYC has been diminishing bus services for decades exacerbating transportation deserts in various parts of the outer boroughs. Close to no one is going to spend 4 hours round trip commuting 20 miles each way by bicycle. The continued proliferation of bicycle lanes and various euphemistic "traffic calming measures" has vastly increased congestion and pollution despite various claims of the strategy being "environmental."
Click to expand...

Bike lanes are not all about commuting from 2 hours away to Manhattan. There are plenty of people who ride bikes in the city who are not commuting into Manhattan. A network of protected, connected bike lanes throughout the city would make it possible for many more people to ride for all or part of their journeys. Right now it's hard because the bike lanes are unprotected and haphazard.

For those who do live in transportation deserts, bike lanes, bike share, e-scooters, etc can all be a part of the "last mile" solution that moves people from their neighborhood to the bus or subway.

And you talk about NYC reducing bus service in transportation deserts, while at the same time talking about the waste of space dedicated bus lanes are. I can't think of any transit advocates who are not in favor of more buses. But at the same time, giving priority to those buses on the streets is important. I lived near 23rd street east of 1st Ave from 1994-2004. I worked in the Flatiron neighborhood and would often walk across 23rd street. I would reliably beat the M23 across town. That bus wasn't slowed down by bike lanes. Dedicated bus lanes would make the bus so much more attractive as a quick, reliable option for those that can't walk. This applies to pretty much any major thoroughfare. So someone in a transportation desert like Marine Park or Canarsie who right now feels they need to drive a car, might be able to use protected lanes to ride a Citibike 10 minutes to a subway station. Or maybe they ride an e-scooter to transfer to a bus on a major road that has dedicated bus lanes, so they know they're not just going to crawl along the current version of their local equivalent of Flatbush Ave which is congestted and choked with cars.

I like the idea of overnight commercial deliveries to decrease the amount of trucks on the streets during the day, and I suspect most transit advocates would too.

Staff member
This is the most TransAlt thing I've seen this week. Utah “zero driving” development to include spaces for 41,000 cars

A Utah community where residents can walk to schools, jobs, shops and restaurants will have parking for 41,000 cars.

“Zero driving” development in Utah to include slots for 41,000 cars​

A community planned outside Salt Lake City that’s billed as a “15-minute city” where residents can walk to schools, jobs, shops and restaurants will also have parking for up to 41,000 cars.
The Point, about 20 miles from the city, would be a live-work neighborhood of 7,400 homes and 30,000 jobs, all within walking distance, according to Bloomberg. The space for cars sets the 600-acre community apart from other “zero driving” developments.

“It’s not that no one has a car,” said Peter Kindel, an urban design and planning principal at Skidmore, Owings & Merrill, who helped create the plan for the project. “We’re suggesting it’s more than possible to live with one car to make that big-box trip or go skiing. But for families and young people that are going to be part of the community, they won’t need that on a day-to-day basis.”
The Point, led by the government-appointed Point of the Mountain State Land Authority, will be on state land now occupied by the Utah State Prison in Draper, a once-sleepy town that’s become a desirable bedroom community for commuters along the busy I-15 corridor. Site preparations are expected to begin this year, with infrastructure development to start as early as 2023.

Plans call for residents to move around on walking trails and bikeways, and to be whisked about by various shared mobility options. The plan also pinpoints more than 40,800 parking spaces – mostly inside buildings and out of view – to serve an expected 13,000 residents and 31,000 office workers.
That’s the number of parking spaces required in any typical, car-centric American suburb, according to Bloomberg. And if The Point is built with the tens of thousands of parking spaces included in its framework plan, that could make it difficult to become a car-light community.
Reducing parking, especially free parking, is key to changing travel behavior, said Jennifer Dill, an urban planning professor and director of the Transportation Research and Education Center at Portland State University.

“The evidence is really clear on this,” she said. “You have to get the parking right at the beginning.”

Staff member
Is removing the garage on your detached Brooklyn house going too far?