Where is mortgage money going to come from?

MCR said:
There was a great commercial during the 2016 election that showed a group of Chinese in a conference room speaking in Chinese laughing about "owning" the United States. All I can say is that I am glad a speak enough Chinese to be able to get a job in the next phase as a domestic worker for our potential overlords.
Click to expand... 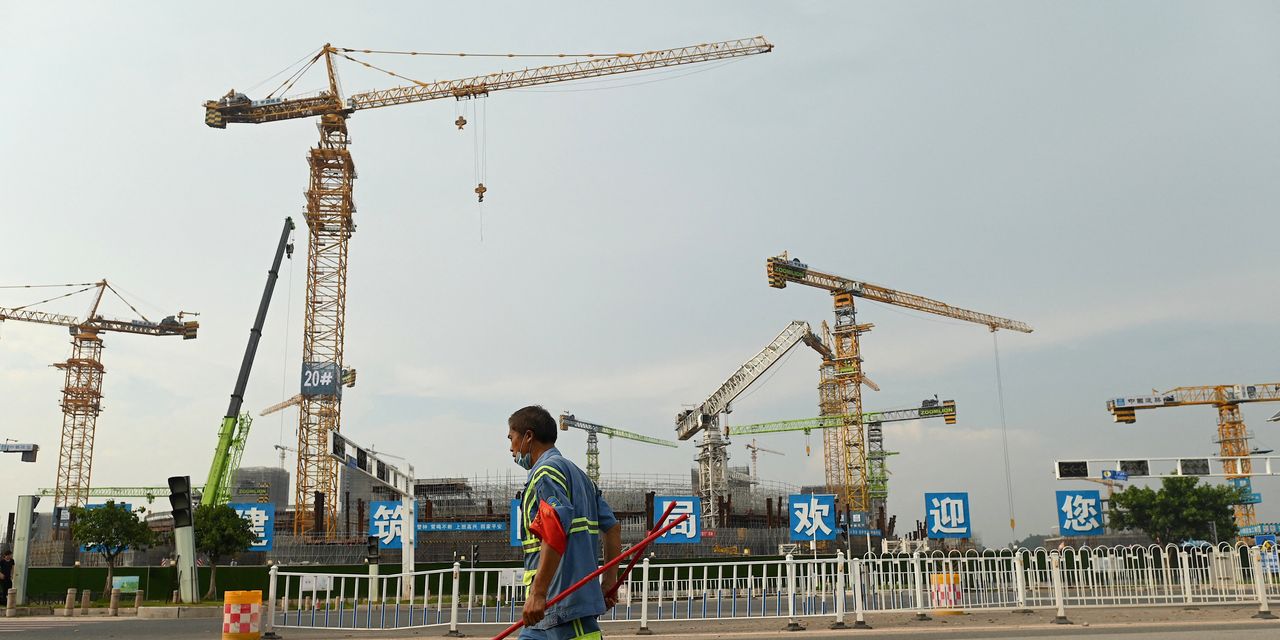 www.barrons.com
Evergrande’s Real Lesson: The Party Runs China’s Markets
The ongoing implosion of Evergrande, China’s second-largest property developer with reportedly over $300 billion in liabilities, has rocked markets this week. This is happening within the backdrop of a weakening property sector as seen in China Beige Book’s quarterly survey of over 4,000 companies operating in the country. The presumed feedback loop between the two has led to much, loud conjecture that we could be approaching China’s “Lehman moment.”
David Goldsmith
Associate Broker
Bank Neary Realty
David@BankNeary.com
212-633-2727 x213
@nyc_real_estate_guy Instagram

The mortgage market is unprepared for the multifold physical and financial risks related to climate change, according to the Mortgage Bankers Association.

Record-setting rain, floods and wildfires are examples of the rising risks to the U.S. housing market from climate change.
Mortgage lenders and investors are woefully unprepared not only to mitigate their risk but to even gauge that risk, according to a new report from the Mortgage Bankers Association's Research Institute for Housing America.

In addition, the National Flood Insurance Program is in the midst of a major overhaul, which will change pricing for homeowners. That will affect home values and consequently the values of the mortgages that back those homes.
The biggest problem right now is uncertainty for mortgage stakeholders.
"They're wondering what to do next more than anything else. There haven't been any rule changes that affect the firms in the mortgage market, but they're being contemplated," said Becketti.

Today, the mortgage market relies heavily on the insurance industry to gauge its risk.
But most mortgage industry risk models are focused on credit and operating risk.
"In the case of modeling for risk, the mortgage industry still predominantly thinks of protection in terms of property and casualty risk, which is underwritten and priced by insurance companies," said Sanjiv Das, CEO of Caliber Home Loans. "The industry doesn't model climate risk as much and mostly relies on models from FEMA or insurance companies."
But the Federal Emergency Management Agency is already highly stressed due to the record volume of natural disasters in the past few years. If FEMA changes what it will back, mortgage lenders could be on the hook for losses.
In addition, borrowers displaced by natural disasters could default on their home loans.
Following Hurricane Harvey in Houston in 2017, mortgage industry leaders warned of a potential climate foreclosure crisis as the storm flooded close to 100,000 Houston-area homes. In Harvey's federally declared disaster areas, 80% of the homes had no flood insurance because they weren't normally prone to flooding. Serious mortgage delinquencies on damaged homes jumped more than 200%, according to CoreLogic.
The costs of estimated defaults are the centerpiece for banks, lenders, investors and mortgage servicers to assess profitability, as well as loan loss reserves and economic capital.
"If incremental defaults due to climate change turn out to be material for one or more of these stakeholders, regulators and investors are likely to require those stakeholders to quantify the impact of those incremental defaults and to gauge the sensitivity of those estimates to key assumptions," Becketti said in the report.

Finally, mortgage bond investors, who are already asking for more information from lenders about climate risk, could also pull back, leaving the mortgage market with less liquidity.
This week, the Securities and Exchange Commission published a letter it has sent to public companies asking them to offer more information to investors about their climate risk. The letter details physical and financial risks from climate disasters, as well as risks from climate-related changes to regulations or business models. While it doesn't name the specific companies receiving it, the banking industry is a likely recipient.
The question is, how do we best measure such risk? While there is now a new cottage industry of companies measuring all facets of climate risk to corporate America, as well as the housing market, there is no standard risk measurement for investors.
"Investors have built sophisticated risk models for default and severity but are novices when analyzing acts of God," said Bill Dallas, president of Finance of America Mortgage.
"Today investors avoid these potential risks by simply not buying loans. As fires, hurricanes, earthquakes, volcanic eruptions, and torrential floods become more commonplace, investors will have to act more as actuarial insurers than mortgage lenders in order to build risk models that contemplate acts of God," he added.


Mortgage Payments Haven’t Been This Unaffordable Since 2008​

Record growth in home prices has made owning a home less affordable than at any point since the financial crisis.

The median American household would need 32.1% of its income to cover mortgage payments on a median-priced home, according to the Federal Reserve Bank of Atlanta. That is the most since November 2008, when the same outlays would eat up 34.2% of income.