The acceleration of the retail apocalypse under Coronavirus

Commercial rents fell across Manhattan retail corridors in the past year, with one Soho stretch down a whopping 37 percent.

That’s according to the Real Estate Board of New York’s spring 2021 retail market report, which covers March through May, previewed by The Post.

“Signs of a nascent recovery are tempered by the reality that traffic in most retail corridors is far from approaching pre-pandemic levels,” it noted. “Sustained momentum requires an accelerated return of employees to the office, the resurgence of tourists and the opening of cultural and entertainment venues. Over the next six months, we should see these drivers of retail growth improve.”

Retail space in tourist and commuter neighborhoods took the biggest hits according to the report. 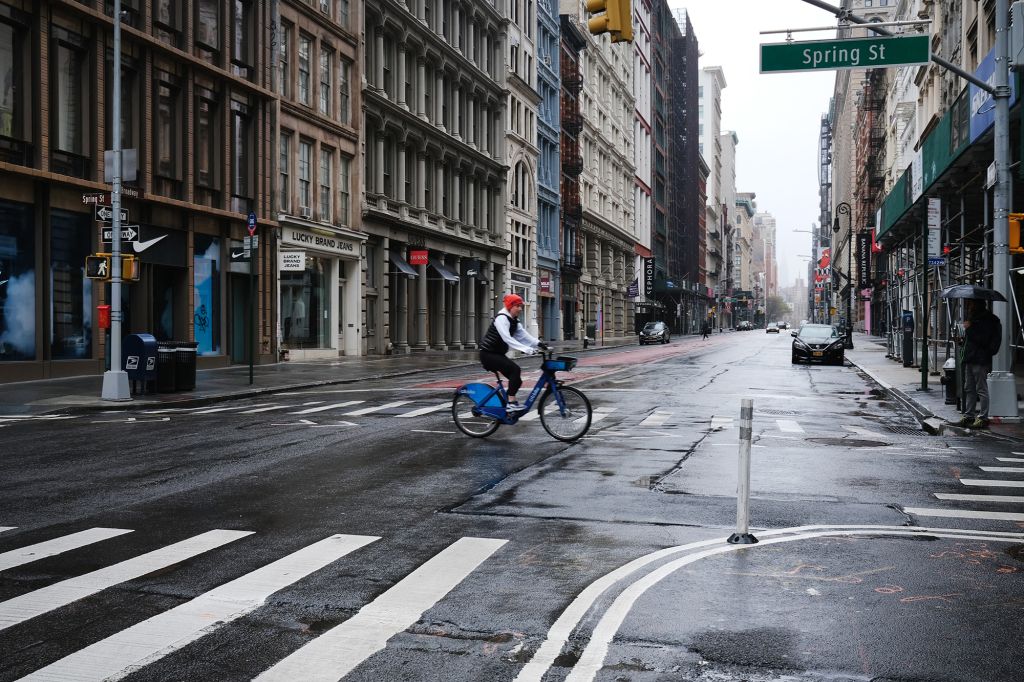 Commercial rent has fallen dramatically this past year in Manhattan including by about 37 percent in one section of SoHo.

Staff member
The pandemic impacted every corner of Manhattan. However, the damage to retail corridors was uneven. Local service-oriented corridors with strong residential bases held up better. For example, compared to Spring of 2019, the average asking rent dropped by less than 15% in the Upper East Side. In contrast, corridors that depend on tourists and daytime commuters – such as Madison Avenue and Fifth Avenue – posted declines of more than 25% in the same period.

SoHo’s decrease in average asking rent is nearly 40% - the recent spate of leases by international retailers suggests these firms have taken note of the opportunities.

Staff member
Even as restaurants are reviving in a lot of neighborhoods, the type of foot traffic it takes to support the high end shops of Madison Avenue just isn't there. Estimates from Orbital Insight reveal that the Madison Avenue shopping corridor is only seeing 71 percent of its 2019 foot traffic.

therealdeal.com
"The iconic shopping corridor, which stretches from 57th Street to 72nd Street and has historically commanded some of the priciest retail rents in the city, is only seeing 71 percent of its 2019 foot traffic, according to an estimate from location analytics firm Orbital Insight. By contrast, Upper Fifth Avenue is at 92 percent of its 2019 levels, according to the analysis, cited by Bloomberg."
David Goldsmith
Associate Broker
Bank Neary Realty
David@BankNeary.com
212-633-2727 x213
@nyc_real_estate_guy Instagram Restaurants, bars and other food businesses applied for $76 billion from the Restaurant Revitalization Fund, which is capped at $29 billion.


With just $29B available, controversy erupts over who gets fed first​

The Small Business Administration is dishing out rent relief to restaurants, but many figure to go hungry.
The demand for federal pandemic relief has far exceeded the amount of money available, so some restaurants, bars and other food businesses might not receive it, the New York Times reported.
Restaurants could apply for relief starting May 3, and applications closed on Monday.
The Small Business Administration received more than 372,000 requests totaling $76 billion, but the Restaurant Revitalization Fund is capped at $28.6 billion, the publication reported.

More than 208,000 applications from businesses owned by women, veterans and minorities that meet a certain income and asset limit will be funded first, the publication noted.

Rep. Jim Hagedorn of Minnesota called that discriminatory against bars and restaurants owned by white men. Rep. Angie Craig, also from Minnesota, encouraged colleagues to extend the program’s funding.
Another grant program by the Small Business Administration still has funds left: The $16 billion Shuttered Venue Operators Grant program has enough money for the live-event businesses it aims to serve, with venues asking for $11 billion so far, the Times added.
Click to expand...

The restaurant industry is coming back for seconds.
The National Restaurant Association on Tuesday urged lawmakers to replenish the Restaurant Revitalization Fund, warning that increased costs and changes to consumer behavior amid rising caseloads has put restaurant owners under “crushing long-term debt loads.”

“The small gains that our industry has made toward financial security are in danger of being
wiped out, dashing the hopes of communities, entrepreneurs, and consumers nationwide,” the association wrote in a letter to Congressional leaders co-signed by 51 other state and local restaurant groups.

The fund was created under the American Rescue Plan to provide grants to restaurants and bars that need Covid-19-related relief. Under the program, businesses could receive up to $10 million per business and no more than $5 million per physical location.
But demand for relief far outweighed supply. More than 370,000 restaurant owners filed applications, seeking $75 billion in assistance. But only 105,000 were approved for grants, averaging about $272,000 each, before funding ran dry in July.

In New York State alone there are nearly 18,000 pending applications, the second-highest number nationally, totaling almost $6 billion in stabilization funding that would be addressed by the $60 billion proposed replenishment bills.
“The rise of coronavirus variants, and the mandates that often follow, threaten to push these restaurants closer to permanently closing their doors,” Melissa Fleischut, CEO of the New York State Restaurant Association, said in a statement. “It’s time for Congress to step in and fulfill the promise of the RRF.”

The push comes as the Covid-19 delta variant threatens restaurants as officials once again increase restrictions on businesses. Consumers have changed their eating habits in recent weeks, according to a survey of 1,000 adults conducted by the National Restaurant Association last week.
Nine percent of adults have canceled existing plans to go out to a restaurant in recent weeks, the survey found, while 19 percent say they have stopped going out to restaurants entirely.

Additionally, one in three respondents said they would be less likely to go out to a restaurant if proof of vaccine is required to dine inside, as is now the case in New York City.
“For an industry that requires a ‘full house’ every evening to make a profit, this is a dangerous trend,” Sean Kennedy, executive vice president of Public Affairs for the National Restaurant Association, said in a statement. “These changes indicate declining consumer confidence that will make it more difficult for most restaurant owners to maintain their delicate financial stability.” The National Restaurant Association sent a letter to Congress urging the replenishment of the Restaurant Revitalization Fund amid “crushing debt loads” for owners.