The acceleration of the retail apocalypse under Coronavirus Men’s Wearhouse and Jos. A. Bank parent company, Tailored Brands, is considering a Chapter 11 bankruptcy filing to restructure more than $1 billion in debt.

Men’s Wearhouse and Jos. A. Bank may soon join the growing list of retailers that have declared bankruptcy in recent months.
Tailored Brands, the retailers’ Houston-based parent company, has been reaching out to interested parties in an effort to restructure more than $1 billion in debt, according to Bloomberg. The plans are still in the early stages and the company may also seek alternative forms of financing, sources told the publication.
The retailer announced last month that it planned to reopen 300 stores by Memorial Day. Market conditions and reopening prospects will impact the company’s restructuring plans. A Men’s Warehouse store in Boston was looted last week during nationwide protests against police brutality.
Tailored Brands had been struggling for several years before the pandemic slashed demand for suits and other formal wear. The company’s sales have fallen every year since 2016, and its stock price has gone from more than $66 in 2015 to under $3 today. Its bonds have also gone from near par in February to just 30 cents on the dollar.
Law firm Kirkland & Ellis and investment bank PJT Partners are advising Tailored Brands on the potential restructuring, while a group of lenders is being advised by law firm Gibson Dunn and investment bank Houlihan Lokey.
David Goldsmith
Associate Broker
Bank Neary Realty
David@BankNeary.com
212-633-2727 x213
D Chuck E. Cheese Approaches Bankruptcy, Could Have to Close All Stores

Chuck E. Cheese Approaches Bankruptcy, Could Have to Close All Stores

After months of keeping their doors shut amid the coronavirus pandemic, popular kid's restaurant Chuck E. Cheese may not ever reopen.
The brand behind the food-and-games establishment, CEC Entertainment, is nearly $1 billion in debt and is trying to approach lenders for a $200 million loan to keep the business afloat, according to the Wall Steet Journal.

On Friday, the brand announced it would be offering its top executives retention bonuses with the hopes that they would stay on in trying times.
CEC said it would pay nearly $3 million total to three executives, including $1.3 million to CEO David McKillips, the Securities and Exchange Commission filing showed.

The Texas-based restaurant currently operates 610 locations in 47 states but had to close its stores when the pandemic struck, making it extremely difficult for the company to raise capital.
In April, the brand said they were considering refinancing, bankruptcy and restructuring after the pandemic began to cause strain on the restaurant industry, the WSJ reported.

In an attempt to make money during the pandemic, the store masqueraded as Pasqually's Pizza and Wings on delivery apps, a reference to one of Chuck E. Cheese's bandmates.

Employees who were kept on board helped to operate Pasqually's as a takeout brand.
But Chuck E. Cheese is not the only restaurant chain to struggle amid the global health crisis.

Some outposts of IHOP, Denny’s, Ruby Tuesday, TGI Fridays and more have permanently shuttered due to hardships brought on by the pandemic.
CFRA Holdings, a franchisee operating 49 IHOP locations, filed for bankruptcy in early May and cited the coronavirus as the primary reason, according to FSR Magazine.
Aziz Hashim, the founder and managing partner of Ruby Tuesday owner NRD Capital, told Restaurant Business the pandemic will likely spur the closure of many more restaurants.


A Denny’s franchisee, Feast American Diners, closed 15 locations of the popular breakfast chain while locations of the Indianapolis-based chain Steak ‘n Shake and of TGI Fridays have also closed down permanently due in part to the pandemic. As Covid decimates retail, up to 25,000 stores may close - The Real Deal

therealdeal.com
These 25,000 retail dinosaurs will meet the meteor this year
A new report suggests Covid-19 will hasten the demise of retailers, especially in shopping malls

As many as 25,000 retail stores may close this year due to the coronavirus pandemic, with a majority closing in shopping malls, further hastening the industry’s decline.
That number would dwarf the prior record of 9,800 retail closures set in 2019, according to a new report from the retail data firm Coresight Research.
First issued in March, the report estimated that 15,000 stores could close in 2020, but as the reach of the coronavirus grew across the country, governments required many stores to close temporarily and shoppers were discouraged from venturing out.
For some businesses, those temporary closures may hasten the transition to digital commerce, or they may become permanent.
Coresight’s CEO Deborah Weinswig said in the report that the closure of department stores and large clothing retailers — so-called anchor stores — represents a particular threat to malls.
Already, 15 national retailers including Bed Bath & Beyond, H&M, Century City, AMC Theaters, Regal Cinemas, Party City and The Gap, have elected not to pay May’s rent. The company Macerich, which owns 47 shopping malls across the U.S., said it “collected about 26 percent of rent” owed by tenants in April, and sported a similar number as of mid-May.
Simon Property Group, the nation’s largest mall owner, sued The Gap last week for $66 million in unpaid rent across its properties. The mall giant this week also exited a $3.6 billion deal to acquire up-market mall operator Taubman, known in the industry for its quality anchor tenants.
Neiman Marcus, J.C. Penny, J.Crew, and Victoria’s Secret have gone beyond closing stores and filed for bankruptcy. The Mall of America has fallen behind on its $1.4 billion mortgage, exposing the wider bond market to systemic risk.
If damage done to the retail sector by coronavirus has been deep, any return to health will be slow and grinding. Anonymized cell phone data shows that foot traffic in malls that have reopened are just a quarter of what they were in January 2020, suggesting that the Coresight report correctly predicts many more closures ahead.
David Goldsmith
Associate Broker
Bank Neary Realty
David@BankNeary.com
212-633-2727 x213
J

Like office space, I do think we will see a resurgence in retail once old models crumble and new ones can be built. The 'see it, buy it, have it' mentality that's creating delivery messes will eventually merge with some kind of physical presence.
D New York Malls May Have to Install New ACs Pre-Reopening

Malls in New York State may have to install HEPA filters to reduce the spread of coronavirus before reopening.

New York malls may have to literally filter out Covid-19 before reopening.
Gov. Andrew Cuomo announced Monday that malls will be required to install high-efficiency particulate air filters, or HEPA filters, which have been shown to reduce the presence of the virus, according to CNBC.

The filters are designed to absorb particles that are .01 micron and above. The coronavirus’ particle has a diameter of about .125 micron, according to recent studies. However, it is not certain that such precautions would prevent coronavirus infections, since the virus is primarily spread from person to person.

Other indoor retailers have not been required to install HEPA filters, although Cuomo said that the state recommends that all businesses and offices “explore the potential for their air conditioning air filtration system.”
Malls have already been excluded from stage four of reopening, along with gyms and movie theaters.

In other states, malls have reopened at partial capacity, while owners feared the possibility of lawsuits from customers and employees if they did not install proper precautions.
In New Jersey, malls have been allowed to reopen with the same precautions as other retailers, but without the requirement for new filtration systems.
David Goldsmith
Associate Broker
Bank Neary Realty
David@BankNeary.com
212-633-2727 x213
J

True - but somehow malls are survivors. I'm sticking with my thesis that all things retail/non-prime location condos that are pretty much dead in the water should be turned into last-mile logistics hubs
D 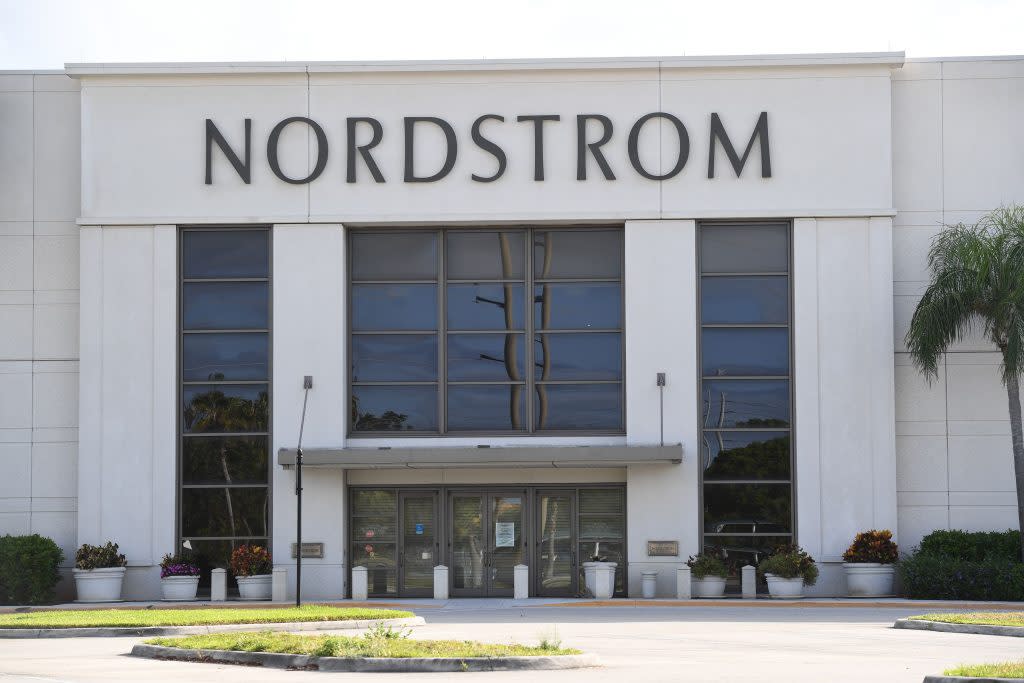 The department store has reportedly notified the property owners of its namesake and off-price Rack outposts that it will pay only half of its rent costs for the rest of 2020.

According to Retail Dive, a letter from president of stores Jamie Nordstrom to landlords on Friday showed that the company would use comps as the basis for its decision to make its occupancy payments. The report suggested that Nordstrom would pay “up to a full reconciliation should 2020 sales reach 90% of sales made in that location in 2019.”
In addition, the retailer reportedly said that it would “continue to maintain insurance coverage, pay utilities on which we are the account holder and maintain your building(s) as required by the lease.”
FN has reached out to Nordstrom for comment.
The report came a day after the Seattle-based company confirmed that it was making steep cuts to its workforce as it continues to grapple with the coronavirus outbreak’s outsized impact on its business. A spokesperson wrote to FN that Nordstrom was “making adjustments” in response to shifting consumer behaviors but did not specify the number of roles that would be affected. (A Seattle Times article indicated that the chain had cut 6,000 jobs across the country last month.)
“We’re realigning and reducing our workforce to support our market strategy, including in our corporate support teams,” the spokesperson shared. “These types of decisions are never easy because we realize the impact it has on our people. We’re committed to taking care of them as best we can during this transition.”
Nordstrom has recently taken several steps to preserve liquidity and reduce expenses. It has drawn down its $800 million revolver, as well as announced plans to permanently shutter 16 of its full-time stores and three Jeffrey boutiques. It has also reduced the salaries of its top executives, while CEO Erik Nordstrom, president Pete Nordstrom and the board of directors are forgoing their pay for a portion of the year.
The chain’s first-quarter report in late May showed a net loss of $521 million, or a loss of $3.33 per share, compared with analysts’ expectations of a loss of 95 cents per share. Revenues for the three months ended May 2 fell to $2.12 billion from last year’s $3.44 billion, while market watchers anticipated sales of $2.41 billion. It attributed the declines to the COVID-19 health crisis, which forced the temporary closures of its locations for weeks.
Nordstrom isn’t the only retailer to skip out on its lease obligations as the pandemic throws its balance sheet into disarray: Urban Outfitters, H&M and Burlington have announced that they would not pay rent, while Gap and Ross have been involved in recent litigations filed by their commercial landlords, who are also struggling to meet their own mortgage terms.
David Goldsmith
Associate Broker
Bank Neary Realty
David@BankNeary.com
212-633-2727 x213
You must log in or register to reply here.
Share:
Facebook Twitter Reddit Pinterest Tumblr WhatsApp Email Link
Top