Staff member
I think NYC is over hotelled and we're going to see tons of new rooms opening. Converting some to other uses may be the only way to go. Legislators say measure is “priority” before session ends in June​

The state Senate is taking another shot at making it easier to convert distressed hotels and office buildings into affordable housing.
Lawmakers have amended a bill that would enable the state’s housing regulator to transform distressed hotels and office buildings into permanently affordable housing, which would then be managed by nonprofits. Such conversions were initially contemplated as part of the state budget, but the Gov. Andrew Cuomo’s proposal was panned by elected officials and housing advocates for overriding local zoning rules and not creating enough affordable housing.

Now, with 10 days left in the legislative session, lawmakers are racing to enact a new measure, dubbed the Housing Our Neighbors with Dignity Program. Senate Deputy Majority Leader Michael Gianaris, the bill’s sponsor, said in a statement that it’s a “top priority.” He pointed to the fact that the state’s budget included $100 million for conversions of distressed commercial properties.

“We included a down payment on this program in the state budget, and now we need to get it up and running,” he said.
Though a matching Assembly version is not yet publicly available, Assembly member Karines Reyes said revisions to that chamber’s measure have already been submitted.
The latest version of the bill applies statewide, not just in New York City. It also incorporates similar provisions from a separate bill introduced by Sen. Brian Kavanagh — namely, a possible shortcut for hotel conversions in the city. Hotels could get dual certificates of occupancy for permanent residency if the Department of Housing Preservation and Development approves, provided the hotel is within at least 400 feet of a residential district, but not located in an industrial business zone. (Kavanagh’s bill set a 800-foot requirement).

Kavanagh said he is “optimistic” that the bill will pass before the end of the session but noted that “it is not a done deal at this point.”
The revised bill still requires that 50 percent of all converted properties be set aside for residents who experienced homelessness immediately before moving into the new buildings. Such properties must be dedicated to residents making between 50 percent and 80 percent of the area median income, and the apartments would be rent-stabilized.

While the original bill also stipulated that nonprofits would own and manage these properties, the latest iteration of the measure puts a greater emphasis on social housing. The bill lists community land trusts as one of three mechanisms that can be used to ensure permanent affordability of apartments. Typically, under such a model, a nonprofit controls a property through a renewable 99-year ground lease, and rents out apartments solely to low- to moderate-income tenants or puts in place resale restrictions on homeowners.

The bill also creates a “social housing conversion fund” for grants, gifts, bequests or loan authority to finance the Housing our Neighbors with Dignity Program.
Rachel Fee, executive director of the New York Housing Conference, said there is an “urgent need” for allowing thesing conversions as part of the state’s recovery, as hotels and offices continue to struggle with high vacancy rates. She said her organization is hopeful that some funding from the proposed $2 trillion federal infrastructure bill could be dedicated to the program. She said NYHC also sees financing opportunities through the National Housing Trust Fund. The owner of a former 100-key hotel is handing over another key — to the building itself.
Merchants Hospitality sold the building at 11-01 43rd Avenue in Long Island City to a creditor, Taconic Capital, for roughly $38.4 million. Crain’s first reported the sale.
Merchants paid $32.25 million for the property in 2018. Taconic refinanced $30 million of debt on the building in 2019, adding an $8 million loan on top of that amount.

Neither Merchants nor Taconic returned requests for comment.
The building was previously home to the Z NYC Hotel, which closed last summer. Hospitality startup Sonder had agreed to lease the entire 100-room property before the pandemic, but ended up walking away from its lease. Last August, Merchants filed a lawsuit against Sonder for $2.5 million, alleging its tenant breached the lease agreement. The suit is ongoing.

While many hotels have closed due to the pandemic, fewer than expected have sold for reasons of financial distress, thanks in part to low interest rates keeping debt markets alive.
Among those that have sold include the 600-room Watson Hotel at 440 West 57th Street, which Isaac Hera’s Yellowstone Real Estate Investments acquired for $175 million.
David Goldsmith
Associate Broker
Bank Neary Realty
David@BankNeary.com
212-633-2727 x213
@nyc_real_estate_guy Instagram Fortress Investment Group has filed to foreclose on a hotel development site at 232 Seigel Street, in conjunction with a court order allowing Heritage Equity Partners to pay off the mezzanine debt.

Eleven months after it filed for bankruptcy, changes are afoot at an inactive Bushwick hotel development site owned by Toby Moskovits’ Heritage Equity Partners.
Fortress Investment Group has filed to foreclose on the property at 232 Seigel Street, in conjunction with a court order allowing Heritage to pay off the mezzanine debt, PincusCo reported.

“The COVID-19 Emergency Protect Our Small Businesses Act of 2021 is not applicable to this matter,” Fortress notes in its complaint, “since the subject property is vacant and unimproved, and was intended to be used exclusively as an approximately 155 room hotel with amenities, community space and parking.”

The $5.25 million senior loan is guaranteed by Moskovits, Michael Lichtenstein and Moshe Dov Schweid. According to the complaint, the total amount owed now comes out to $8.2 million with interest and penalties.

The Seigel Street property is part of Heritage’s Bushwick Generator development, which also includes creative and tech offices at 215 Moore Street. The complex has been the subject of numerous legal disputes between Moskovits’ firm and lenders, whom Moskovits accuses of predatory lending practices.

Last summer, a judge allowed the appointment of a receiver for the Moore Street property. The Seigel Street property filed for Chapter 11 bankruptcy protection a month later after a prospective buyer failed to close due to the pandemic, according to PincusCo. Elsewhere in Brooklyn, Moskovits’ Williamsburg Hotel filed for bankruptcy in February.

Staff member
Not only were New York hotels hit harder, but it's also taking longer to recover. Hotels could take longer to recover in New York City than elsewhere because of its reliance on business travel.

An industry trade group says New York City has lost a third of its hotel rooms, and average revenue in the rest is down more than $150 a room​

The American Hotel & Lodging Association said the city has lost about a third of its hotel rooms since the pandemic. For those that are left, revenue per available room was $95 in May -- down 62 percent from May 2019.

That's a deep enough drop to put the city's hotel industry in the "depression" category, the association said. 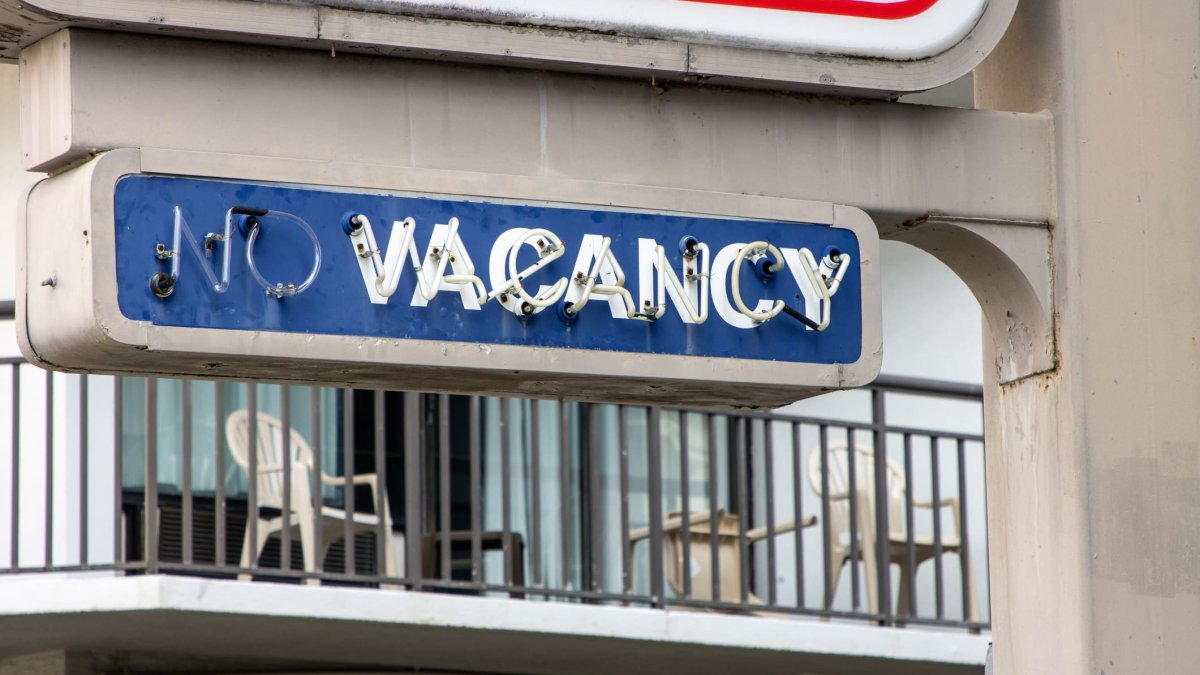 The hotel industry is in a recession or worse in 21 of the top 25 U.S. markets, and New York City is one of the worst off of all, according to a new report released Thursday by a lodging trade group. The American Hotel & Lodging Association said the city has lost about a third of its hotel rooms... 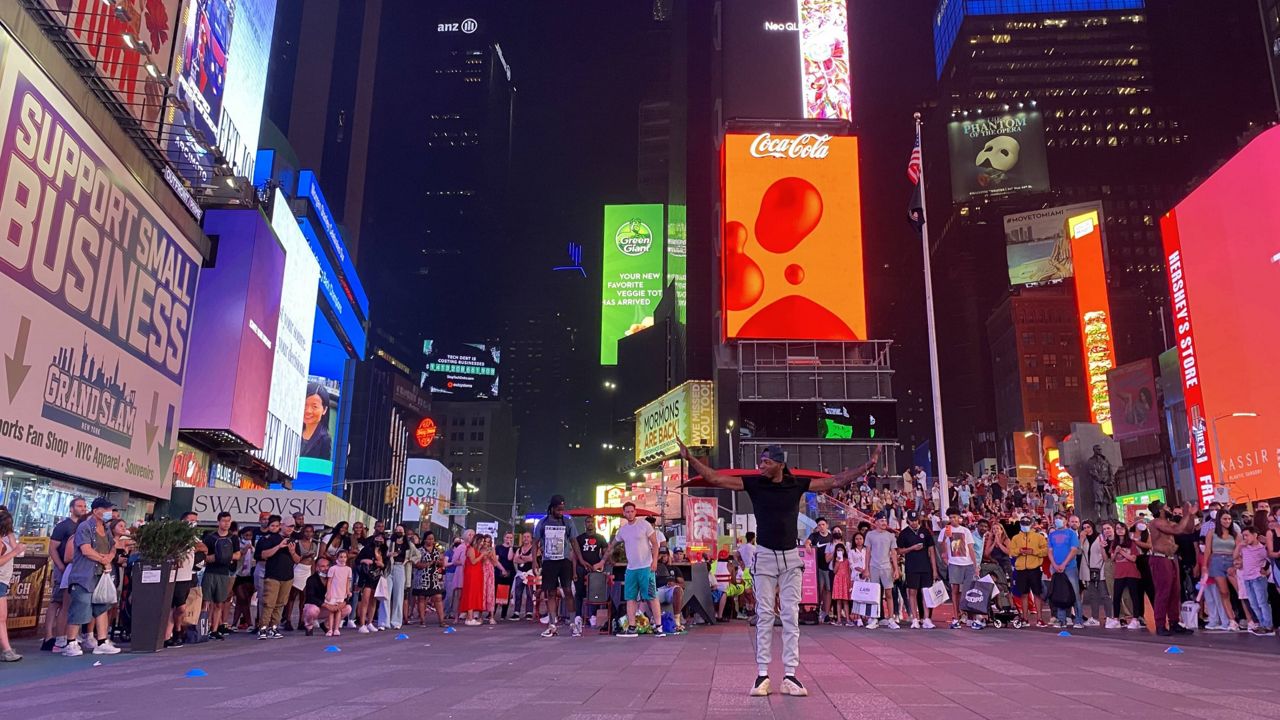 www.ny1.com
About 41% of the city’s hotels are still closed, according to the Hotel Association of New York City. And at the hotels that are open, amenities such as on-site restaurants and lounges are not fully operational.
David Goldsmith
Associate Broker
Bank Neary Realty
David@BankNeary.com
212-633-2727 x213
@nyc_real_estate_guy Instagram
You must log in or register to reply here.
Share:
Facebook Twitter Reddit Pinterest Tumblr WhatsApp Email Share Link
Top