Brooklyn’s luxury market took the week off ahead of Labor Day weekend.

The week leading up to the holiday saw just 11 properties enter contract — six condos and five townhouses — the lowest single week total this year, according to Compass’ weekly report of homes in the borough asking $2 million or more.
The properties’ combined asking hit $35.2 million, the lowest since the week of January 3. The average home spent 210 days on the market and sold for a price-per-square-foot of $1,325. Homes sold on average at a 3 percent discount, marking eight weeks since homes sold for the full ask.
The most expensive home to enter contract last week was a townhouse at 232 Dean Street in Boerum Hill, with an asking price of $8.5 million.
The 21-foot-wide house built in 1853 has five bedrooms and four full bathrooms. It spans 4,246 square feet and has original parquet floors, pocket doors, decorative marble fireplaces, floor-to-ceiling windows and a sun room extension.

The second most expensive home to enter contract last week was Unit 6G at 1 Prospect Park West in Park Slope, asking $4.5 million.
The unit has three bathrooms and an oversized primary bedroom with views of the Manhattan skyline. The home, which sold in a sponsor sale, was the last four-bedroom apartment available in the condo development by Sugar Hill Capital Partners.
Plans for the 67-apartment building, which has appeared at the top of Brooklyn’s signed luxury contracts in recent years, date back to 2017, when Sugar Hill bought a senior center mired in lawsuits. It has a sellout of just under $200 million and has three units on the market, according to its website.
David Goldsmith
Associate Broker
Bank Neary Realty
David@BankNeary.com
212-731-4573
@nyc_real_estate_guy Instagram
www.linkedin.com/in/david-goldsmith-17148118 Brooklyn’s luxury market is in a post-Labor Day slump, with Compass reporting new lows in signed contracts and combined volume.

Brooklyn’s luxury market is stuck in its post-Labor Day slowdown.
Signed contracts in the borough last week saw their slowest of the year for the second week in a row, according to Compass’ weekly report of homes listed for $2 million or more. Seven homes entered contract between Sept. 5 and 11 — a record low — and their combined volume was $21.5 million, also a record low.

Of the six townhouses and one condo, the average price per square foot was $1,096, nine dollars more than the record low set in early August. Homes sat on the market for an average of 189 days and did not receive a discount for the first time in two months.

The most expensive home to enter into contract last week was 105 Cambridge Place in Clinton Hill, with an asking price of $5 million.

The Italianate brownstone is 4,000 square feet and 21 feet wide. It has seven bedrooms and four full bathrooms. Outside, it has a deck and a garden with patio access.
The two-family home has a triplex and a top floor that can serve as a two-bedroom rental apartment, according to Streeteasy.
The second most expensive home to sell last week was 57 Marlborough Road in Flatbush, with an asking price of $3.5 million.
The 4,000-square-foot home has six bedrooms and three full bathrooms. It was recently updated but retains original stained glass windows and pocket doors, as well as a two-room chef’s kitchen. Outside, there’s a landscaped backyard and a new deck.
David Goldsmith
Associate Broker
Bank Neary Realty
David@BankNeary.com
212-731-4573
@nyc_real_estate_guy Instagram
www.linkedin.com/in/david-goldsmith-17148118 Only eight luxury homes went into contract last week in Brooklyn, one up from the 2022 low of seven set three weeks ago, per Compass report

Someone wake up the Brooklyn luxury market when September ends.
Summer may have come and passed, but after a small rebound last week, only eight homes — three condos and five houses — asking at least $2 million went into contract last week, according to a Compass report. That’s just one more than the 2022 low reached three weeks ago.
However, agents drenched in pain can take some solace in that the homes’ average asking price per square foot was a healthy $1,372 and their prices totaled $27.5 million, both higher than three weeks ago. Homes spent an average of 119 days on the market and their last asking price represented a 2 percent discount, on average, from the first one.

Unit 21A at Fortis Property Group’s Olympia Dumbo, at 30 Front Street, was the most expensive home to go into contract, with a price tag of $7.9 million.

The condo unit spans almost 3,400 square feet and has five bedrooms and four bathrooms. It has a custom kitchen with maple cabinetry and a primary suite with a private terrace overlooking the Brooklyn Bridge and Manhattan skyline. The unit has over 320 square feet of outdoor space.
Nets’ fallen star Ben Simmons reportedly just agreed to buy a combined unit at 30 Front Street asking $13 million.
Olympia Dumbo could become Brooklyn’s most expensive building ever. However, it’s been several months since an apartment there topped the weekly luxury report, like they did when spring began. Amenities at the building include indoor and outdoor pools, a fitness center and a 24-hour doorman.

The second most expensive home to go into contract last week was a townhouse at 294 Park Place in Prospect Heights asking over $4.8 million. It spans 4,500 square feet and has five bedrooms and three bathrooms. It has original parquet floors, restored stained-glass windows and doors and six gas fireplaces.
It also has mahogany windows, a chef’s kitchen, a primary suite with walk-in closets and spa-like bathrooms. The stairs have been reinforced with cables for added stability. It has a large garden with a built-in watering system to ensure every day is a green day.

Staff member
NestSeekers International September Market Report is out and it has some interesting numbers for Brooklyn:
Inventory up 23.6% and Sales down 52.4% year over year. 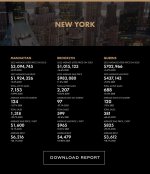 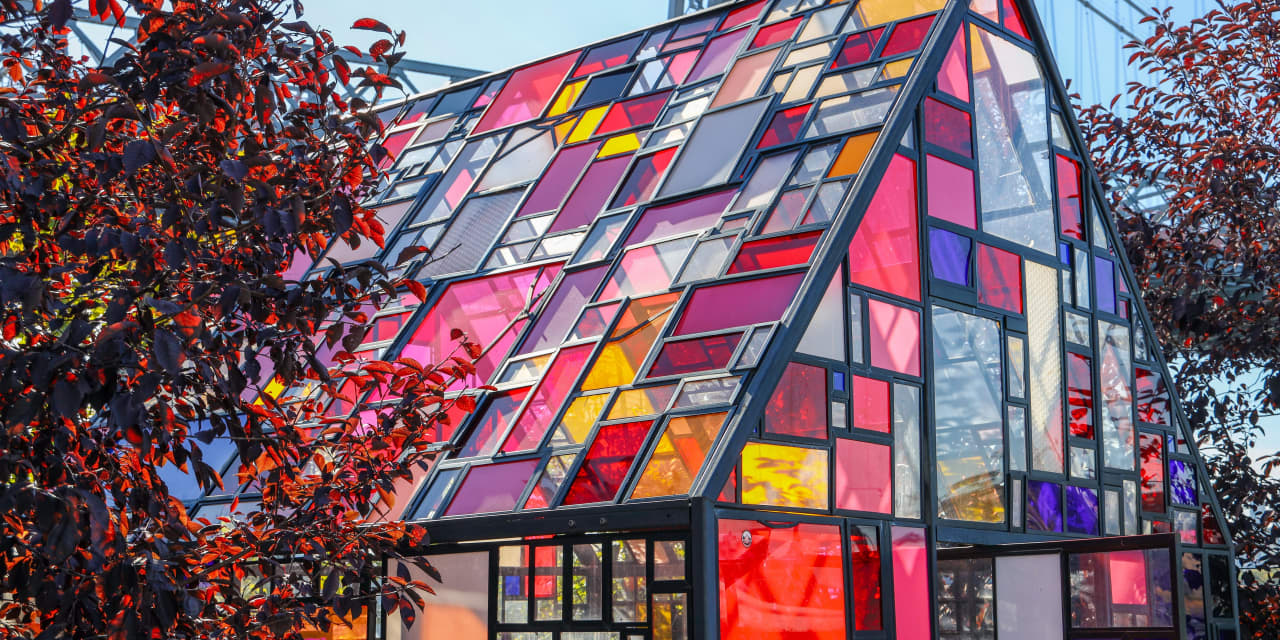 A limited supply of quality, move-in ready homes will help keep prices stable, according to Serhant


A limited supply of quality, move-in ready homes will help keep prices stable, according to Serhant​

Across all Brooklyn markets, the median sales price in the borough was at its second-highest level on record in the third quarter.

Brooklyn’s high-end real estate market is beginning to show cracks as volatility on Wall Street and rising closing costs have put buyers on the sidelines.
An influx of Manhattanites fled to the borough as soon as the first pandemic-related lockdowns were over, with high demand pushing up prices. The entry point for luxury homes in the borough—the top 10% of all sales—was $2.35 million in the third quarter, a 6.3% year-over-year jump from last year’s price of $2.2 million, according to a report Wednesday by Serhant. Prime prices were also up more than 30%, from $1.79 million, compared to in the third quarter of 2020.
But that can’t last, according to Garrett Derderian, director of market intelligence at Serhant.

“The price growth we have seen in Brooklyn over the last two years, especially at the high end, is unsustainable,” he said in the report. “While values will continue to climb over time, we may see a slight short-term pullback in the luxury space. Presently, there is too much uncertainty in the market for price growth to continue as it has.”

Across all Brooklyn markets, the median sales price in the borough was at its second-highest level on record in the third quarter—$969,004, according to the report. Only the second quarter of this year saw higher prices.
At the same time, the number of deals dropped 10.9% year over year.

“While sales activity remained comparatively strong in the third quarter, noticeable cracks did begin to appear,” Mr. Derderian said in the report. “Still, in terms of discounting, the average property sold for just 1.8% less than it asked, the tightest list-to-sale price metric we have seen in a decade.”

The condo market, particularly luxury, has been especially active, which has kept negotiations tight, he continued. “The limited supply of properties, especially those turnkey, kept pricing stable. In fact, in Northwest Brooklyn [which includes neighborhoods like Williamsburg], there were virtually no discounts to speak of—a submarket first.”
For Brooklyn new developments, sales increased 7.8% annually, according to a separate report by Serhant, also released Wednesday. Still median prices dropped 9% to $997,000.
“Buying patterns in the Brooklyn new development market are largely returning to pre-covid levels,” Mr. Derderian said in the report. “A greater concentration of studio and 1-bedroom condos traded, and fewer larger apartments, resulting in the price-per-foot increase but decline in pricing overall.”
Meanwhile, sales in Long Island City, Queens, plummeted 51.8% in the third quarter, according to a third report out Wednesday from Serhant. Of a total 132 condo sales, only 49 were priced at $1 million and above, down from 118 last year.

In addition, the median price dropped 6.8% to $881,500, the data showed.
“To put it bluntly, Long Island City did not have a great third quarter,” Mr. Derderian wrote. “The slowdown in sales city wide was felt the worst in this submarket…still, while the sales figures and prices were down, it does not tell the whole story. Over the last year and a half, an outsized number of new development closings occurred, pushing prices to new heights. Absent a strong number of those closings, we are beginning to see a more balanced picture of where the market stands.”
David Goldsmith
Associate Broker
Bank Neary Realty
David@BankNeary.com
212-731-4573
@nyc_real_estate_guy Instagram
www.linkedin.com/in/david-goldsmith-17148118

Staff member
I wonder where the "a" in 115a King Street comes from? which would seemingly show that even at full current asking price it would be a money loser when closing costs are accounted for?
David Goldsmith
Associate Broker
Bank Neary Realty
David@BankNeary.com
212-731-4573
@nyc_real_estate_guy Instagram
www.linkedin.com/in/david-goldsmith-17148118
I