Isaac Kassirer’s attempt to deregulate six rent-stabilized apartment buildings was denied by the state this week.


For landlords whose business model was flipping rent-regulated apartments to market rate, the 2019 rent law was crushing. The legislation closed most of those paths, dragging down the values of regulated buildings.
Some of their owners have called it quits. But others have soldiered on, trying new tactics to achieve the same result.

For one, Isaac Kassirer of Emerald Equity Group, a decision by the state last month proves that creativity isn’t enough to secure the market-rate conversions of yore.
In the late 2010s, Kassirer built up a sizable stack of stabilized assets. But the rent law brought trouble. Come December 2020, the indebted entities on more than a dozen Emerald buildings faced bankruptcy. And as of last year, the portfolio — previously 3,500 units — had shrunk by more than half.
In August 2020, Kassirer attempted to stanch the bleeding. He filed an application with the state’s Division of Homes and Community Renewal to see if six South Bronx buildings could be exempt from rent-regulation.

Kassirer argued that they had been renovated in 1991, qualifying them for the 30-year tax break known as J-51. The provision mandates that a landlord issue stabilized leases while getting the tax break. Kassirer asked the state to authorize the portfolio’s deregulation when J-51 expired last year.
Last month, the state denied the request.

HCR’s rent administrator George Nnochiri wrote in an order that each of the owner’s buildings had been rehabilitated under the city’s Urban Development Action Area Program. The incentive allows owners of buildings on land previously owned by the city to qualify for a 20-year tax break.

Property records do not show any have since been sold.
Had Kassirer’s application been approved, renters in the buildings’ 272 units could have faced four-figure rent hikes and fierce competition from the open market.
But with one battle down, the renters are still waging a war for livable housing.
“The tenant association is happy about this huge victory,” said Julius Bennett, a tenant leader at 1230 Woodycrest Avenue. “But the happiness is not full.”
The buildings collectively have over 900 open violations and the city’s Department of Housing and Preservation has classified over a quarter of the infractions as “extremely hazardous.”
Tenants have complained of mice and roach infestations, leaking ceilings, mold, broken toilets and peeling lead paint, according to HPD.

And in December, residents of 1230 Woodycrest Avenue and 1220 Shakespeare Avenue received shutoff notices from Con Edison, signaling that the landlord had not paid the electric bill.
The tenants of 1230 Woodycrest, which has the most violations of the bunch, declared a rent strike Tuesday to pressure Kassirer to remedy the violations and pay Con Ed.
“The rent strike is going to go on for as long as I am old — and I’m 84,” said Bennett. “It’s going to go for as long as it takes to resolve this.”
A spokesperson for the tenants said the utility could shut off service in the common areas, which would prevent tenants from using the washer and dryer, intercom and elevator. A shutoff would also affect cooking gas and heat, the spokesperson said.

The law firm Kucker Marino Winiarsky & Bittens, which is listed as a contact for the buildings’ owner on the HCR decision, did not respond to a request for comment.
A representative for the firm previously commented on the Bronx buildings dispute on behalf of Emerald Equity Group, but later said he had done so incorrectly and had intended to send the statement on behalf of the LLCs listed as owners in the HCR filing. To his understanding, he said, neither Emerald nor Kassirer is affiliated with the properties.
David Goldsmith
Associate Broker
Bank Neary Realty
David@BankNeary.com
212-633-2727 x213
@nyc_real_estate_guy Instagram Dealmakers remained active in the city’s investment sales market to start 2022, but a new report cautions activity will slow down later this year.

Lingering effect of low rates, scramble to lock in deals will drive activity for only a few months, report predicts​

Activity in New York City’s investment sales market continued to rebound in the first quarter of 2022, but a slowdown could be on the horizon as rising rates drive up borrowers’ costs.
Dealmakers bought and sold 582 properties in the quarter, a year-over-year jump of 53 percent, according to a report by Ariel Property Advisors. Those transactions totaled $8.9 billion, a whopping 320 percent increase from the first quarter of last year and roughly in line with the first quarter of 2019.

Still, nearly half of those closings went into contract at the tail end of 2021, when the city saw a dramatic acceleration in investment sales, Ariel president Shimon Shkury said. The $15.6 billion worth of deals that closed in the fourth quarter — a three-year high — represented both an anomaly and a symptom of Covid’s lingering effects on the market, Shkury added, predicting that activity could slow in the second half of the year now that low pandemic-era interest rates are rising again.

“The first quarter marks a drastic change in the cost of debt and the expectation is that interest rates will continue to rise,” Shkury said. “As a result, we expect momentum to continue in the second quarter as both buyers and sellers rush to complete transactions, but we also expect the second half of the year to be somewhat slower.”
Investment in warehouses and other industrial properties have increased significantly, with 43 deals combining for $548 million, compared to just $164 million across 42 deals in the same period a year ago.
The multifamily market also continued to show signs of strength in the first quarter, with $3.2 billion worth of deals compared to $844 million a year ago.

Of the four boroughs covered in the report (Staten Island was excluded), Manhattan saw the largest year-over-year increases in deal and dollar volume, with 88 properties fetching $5.4 billion, a 676 percent increase from $696.4 million across just 39 deals in the first quarter of 2021. Those first-quarter figures paled in comparison to the fourth quarter, however, when 132 properties sold for a combined $8.5 billion.
The amount spent on multifamily properties citywide rose to $3.2 billion across 359 deals in the quarter, up from $843.7 million across 199 deals a year ago. In Manhattan, that number jumped 392 percent to $1.6 billion, from $329.4 million last year, while the number of deals increased 140 percent.
David Goldsmith
Associate Broker
Bank Neary Realty
David@BankNeary.com
212-633-2727 x213
@nyc_real_estate_guy Instagram BlackRock sold 98 Riverside Drive, a rent-stabilized rental with a history of tenant complaints, after the building snagged a landmark designation.

Tenant complaints in New York renting are as common as gum on the sidewalk, but few buildings have a StreetEasy page dedicated to griping.
One Upper West Side property is special that way.

For more than eight years, tenants have flocked to a forum to gripe about unaddressed repairs, revolving-door tenancies, and “filthy common areas” in BlackRock’s purportedly luxury rental at 98 Riverside Drive. One labeled it “a derelict building that is not maintained.”
Now tenants will be bringing their complaints to a new owner: Morris Schreiber. This week, BlackRock, the landlord since 2008, sold the property to Schreiber for $90 million, records show.
BlackRock declined to comment on why it sold the building and Schreiber, whose portfolio is heavily concentrated on the Upper West Side, according to the site Who Owns What In NYC, could not be reached for comment.
However, property records offer clues to the investment firm’s motivation for selling — and the potential upside for the new landlord.
Two years ago, 98 Riverside Drive was given landmark status, which subjects the property to stricter regulation by the city. Such buildings are supposed to be kept in a state of good repair.
That means the building’s 34 open violations, colorfully detailed on StreetEasy as including “catastrophic floods” affecting multiple apartments, could be reported to the city’s Landmarks Preservation Commission.

That agency could then issue a warning letter, and if the owner failed to remedy the violations, it could face a hearing and then a civil penalty. BlackRock’s specialty is investing, not property management or navigating city bureaucracy, and the firm may have wanted to wash its hands of its Upper West Side headache.
Another caveat of landmarked properties is they are costlier to renovate.
Combining apartments is one of the last remaining ways landlords can significantly raise revenue from rent-regulated units since the passage of the 2019 rent law. A loophole in the rent law allows owners to turn two adjacent vacant apartments into one and set a new market-rate rent. A little less than half the units at 98 Riverside Drive are rent-stabilized.
Under BlackRock’s ownership, 98 Riverside Drive appears to have undergone eight unit combinations. The Real Deal records show the property as holding 133 units, but a press release circulated by JLL, which brokered the deal, lists the building as a 125-unit property.
Now, under the building’s landmark designation, any work requiring a Department of Buildings permit would need a separate sign-off by the Landmarks Preservation Commission, according to a spokesperson for the agency.
Stitching together neighboring apartments would likely fall under DOB purview. Thus, Schreiber would need to obtain a certificate of no effect — a document confirming the proposed work is interior and won’t affect the protected exterior of the building — from the LPC before the Buildings Department can approve the project.
Squeezing extra revenue from stabilized units would have been an uphill battle for BlackRock, but the building still holds profit potential for its new owner.
Data from the Department of Finance lists the property’s tentative assessed value as nearly $32.2 million for the 2023 fiscal year. That’s 27 percent above the previous fiscal year and 12 percent higher than the building’s value before the 2019 rent law.
Astronomical rent growth in the city of late will likely drive revenue higher, compensating for the 2-4 percent rent bump the rent guidelines board is considering for stabilized units.
Plus, if the building’s alleged history of “revolving door” tenancies still holds true, there could be frequent opportunities for rent resets.
David Goldsmith
Associate Broker
Bank Neary Realty
David@BankNeary.com
212-633-2727 x213
@nyc_real_estate_guy Instagram 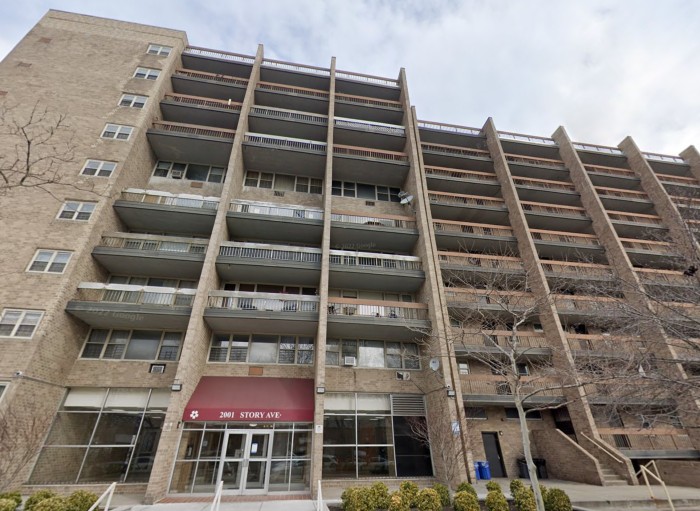