How much will compliance cost? 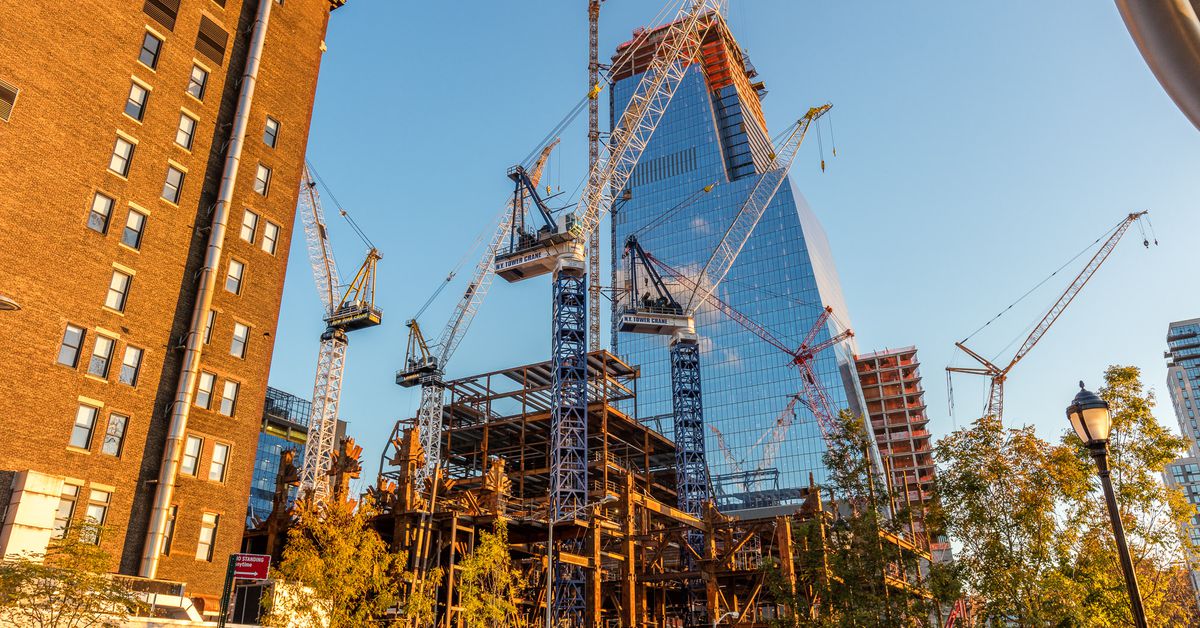 "The Climate Mobilization Act, which passed last spring, makes sustainability a major priority for New York’s built environment, targeting buildings that are among the biggest contributors to the city’s carbon emissions. One component of that legislation, Local Law 97, requires owners of the city’s largest buildings to meet new emission standards beginning in 2024. But the first major milestone won’t arrive for another decade: By 2030, emissions from large buildings must be slashed by 40 percent from 2005 levels; by 2050, that number must be 80 percent. If owners don’t comply they’ll face substantial fines of as much as $1 million (or more) per year for the largest buildings."

Will buildings be able to afford the upgrades or fines? And where will they get theoney?
David Goldsmith
Associate Broker
Bank Neary Realty
David@BankNeary.com
212-633-2727 x213
D Bill would cap emissions at many rent-regulated buildings
Measure seeks to expand climate measure, which has broad exemption


Last May the city enacted sweeping legislation that required buildings to cap carbon emissions — but it spared properties with even one rent-regulated unit. Now that may change.
A new City Council bill would broaden the law to require certain rent-regulated apartment buildings to also meet those standards.

The measure, sponsored by Queens Democrat Costa Constantinides, would amend the landmark Local Law 97 to include buildings where up to 35 percent of units are rent-regulated.

Local Law 97 mandates a 40 percent reduction in citywide emissions by 2030 and 80 percent by 2050. To achieve these goals, most properties larger than 25,000 square feet must limit emissions based on the building type and size — or pay huge fines. The Durst Organization, for example, would be penalized millions of dollars annually for its LEED-Platinum tower 1 Bryant Park unless it somehow slashes emissions from what is marketed as a sustainable skyscraper.

The blanket exemption of rent-regulated apartments largely sprung from concern that landlords would pass the costs of green retrofits onto rent-stabilized tenants through the state’s Major Capital Improvements program. The state legislature overhauled the program last year, limiting such rent increases to 2 percent and making them temporary. MCI increases can now only be applied to properties where more than 35 percent of the apartments are rent-regulated.

Real estate groups have called for the law to be changed, but not in the way Constantinides proposes. The industry wants higher emissions allowed for densely occupied buildings and more flexibility to meet the law’s standards.
David Goldsmith
Associate Broker
Bank Neary Realty
David@BankNeary.com
212-633-2727 x213
D The City Council is moving forward with a bill that would revise Local Law 97 to include buildings where up to 35 percent of units are rent-regulated.

UPDATED, Sept. 22,2020, 1:41 p.m.: When the city approved strict carbon emission caps last year, officials exempted properties with any rent-stabilized apartments.
But the City Council is moving forward with a bill that would require certain rent-regulated apartment buildings to meet the standards laid out in Local Law 97, which calls for a 40 percent reduction in citywide emissions by 2030 and 80 percent by 2050. Under the law, most properties larger than 25,000 square feet must limit emissions based on building type and size.

A new bill, introduced in May and sponsored by Queens Democrat Costa Constantinides, would revise Local Law 97 to include buildings where up to 35 percent of units are rent-regulated. The Committee on Environmental Protection held a hearing on the measure Tuesday morning — an important step if it is to become law.

Following the passage of Local Law 97, the Real Estate Board of New York criticized the measure for — among other reasons — excluding “more than 50 percent of New York’s built environment from its carbon emission limits.” REBNY pointed to the exemption of buildings with at least one rent-regulated unit, as well as public housing, houses of worship and city-owned properties.

Essentially, the trade group saw the measure as shouldering some property owners with a burden that others were allowed to ignore.
Separately, owners have warned that the pandemic could make Local Law 97 compliance much more difficult, as they grapple with drops in rent revenue.

Michael Rothschild, vice president at property management firm AJ Clarke Real Estate, said Constantinides’ bill unfairly targets buildings with high percentages of market-rate apartments.
“It is an odd metric to use,” he said. “They are not evaluating the age or size, but rather the type of lease.”

REBNY estimates that more than 1,600 buildings would be affected by the measure. In prepared testimony, the group called on the City Council to “undertake a rigorous analysis of this proposed legislation as any expansion of local carbon reduction mandates must be reflective of buildings’ physical and financial realities, particularly now in a moment of economic downturn.”

The Community Housing Improvement Program said that because the cost of retrofits can’t be passed along to renters, the City Council doesn’t care about the financial toll of Constantinides’ bill. “There are thousands of small- and medium-sized housing providers who are struggling under the current financial climate and cannot fathom how to begin to budget for such a project,” the group testified Tuesday.

But Constantinides said the bill should not come as a surprise to anyone in the industry. When the state legislature changed the Major Capital Improvements program last year, it limited rent increases through the program to 2 percent and made it so that such increases could only be applied to properties where more than 35 percent of the apartments are rent-regulated.

That change paved the way for the city to subject some rent-regulated properties to Local Law 97, as the new 35 percent threshold could be used to prevent landlords from passing the costs of meeting emission caps onto renters through MCIs.
“Big Real Estate complained when we passed Local Law 97 that rent-regulated buildings weren’t included,” Council member Costa Constantinides said in a statement. “Now, as many landlords continue to collect rent from struggling New Yorkers through the pandemic, they say it cannot be done. Which is it?”
David Goldsmith
Associate Broker
Bank Neary Realty
David@BankNeary.com
212-633-2727 x213
D 3 All buildings larger than 25,000 square feet must post a letter grade based on a federal rating system by Oct. 31.

therealdeal.com
NYC buildings are getting energy efficiency grades
Owners of properties larger than 25K sf must post letter grades — similar to those on restaurant windows

At the end of this month, the owners of tens of thousands of buildings in New York City will be required to post a letter grade based on their properties’ energy efficiency.
All buildings larger than 25,000 square feet must post a letter grade based on a federal rating system by Oct. 31. The grades — similar to those posted on restaurant windows — are based on an Environmental Protection Agency’s Energy Star tool, which provides buildings with a score of one to 100 based on energy consumption.
Owners were able to start printing out and displaying their letter grades on Thursday.
In a statement, DOB Commissioner Melanie La Rocca said the system “will provide a new level of transparency for building energy emissions.”
“The public has a right to know which large buildings are taking their commitment to sustainability seriously,” she said.

The requirement was part of a package of bills known as the Climate Mobilization Act, which was approved in April 2019. Another measure, Local Law 97, calls for a 40 percent reduction in citywide greenhouse-gas emissions by 2030 and 80 percent by 2050.
Various aspects of the CMA, including the grading system, have been criticized by real estate professionals for failing to take into account the number of people working in a building.
“It’s not a helpful indicator and it is actually quite confusing for people,” said Durst Organization’s Jordan Barowitz. “It is not an adequate reflection of the energy efficiency of the building.”

According to the DOB, the Durst Organization’s One Bryant Park, which attained LEED Platinum certification, scored a 41, which is a “D.”
David Goldsmith
Associate Broker
Bank Neary Realty
David@BankNeary.com
212-633-2727 x213
D The City Council will subject certain rent-regulated buildings to Local Law 97, which mandates a 40 percent reduction in emissions by 2030.

The exemption for rent-regulated buildings from the city’s emission caps is about to end for some of them.
The City Council on Thursday voted in favor of a bill that subjects certain rent-regulated buildings to the requirements of Local Law 97, which imposes heavy fines on buildings that contribute too much to global warming.
The year-old law aims to cut citywide greenhouse-gas emissions 40 percent by 2030 and 80 percent by 2050. The new measure, sponsored by Queens Democrat Costa Constantinides, would tweak the law to include buildings where up to 35 percent of units are rent-regulated. But it would give them two more years to comply than buildings already covered by the law have.
The original law carved out buildings with at least one rent-regulated apartment, instead subjecting them to less stringent energy conservation reporting requirements. The blanket exemption of rent-regulated apartments largely sprung from concern that landlords would hike regulated rents to pay for green retrofits through the state’s Major Capital Improvements program.
But last year, as part of a major overhaul of rent regulation, the state limited such rent hikes to properties where more than 35 percent of the apartments are rent-regulated. That freed the City Council to extend emission caps to under-35-percent buildings without triggering rent increases for their regulated units.

The latest version of Constantinides’ bill, released this week, gives those buildings until January 1, 2026, to meet their emissions cap and then until May 1, 2027, to submit an initial report documenting their compliance.
“Our work today will help New Yorkers get back to work in good jobs that make our air cleaner, kick-start the renewable energy revolution, and chart a course to a brighter, greener, safer future,” Constantinides said in a statement.
The measure does not address the real estate industry’s primary complaint about Local Law 97: that it penalizes owners with densely occupied buildings. The Real Estate Board of New York said this week that though it backs “practical measures to limit carbon emissions and stop climate change,” it isn’t clear that Constantinides measure will meaningfully reduce carbon emissions.
“The city has not done the analysis to identify how many buildings will be impacted or even where these buildings are located. It has no solutions as to how these critical goals will be accomplished,” the trade group’s president, James Whelan, said in a statement. “The city is setting owners up for failure, forcing them to pay fines instead of helping these cash-strapped, rent-regulated buildings invest in making environmental upgrades.”
David Goldsmith
Associate Broker
Bank Neary Realty
David@BankNeary.com
212-633-2727 x213
D 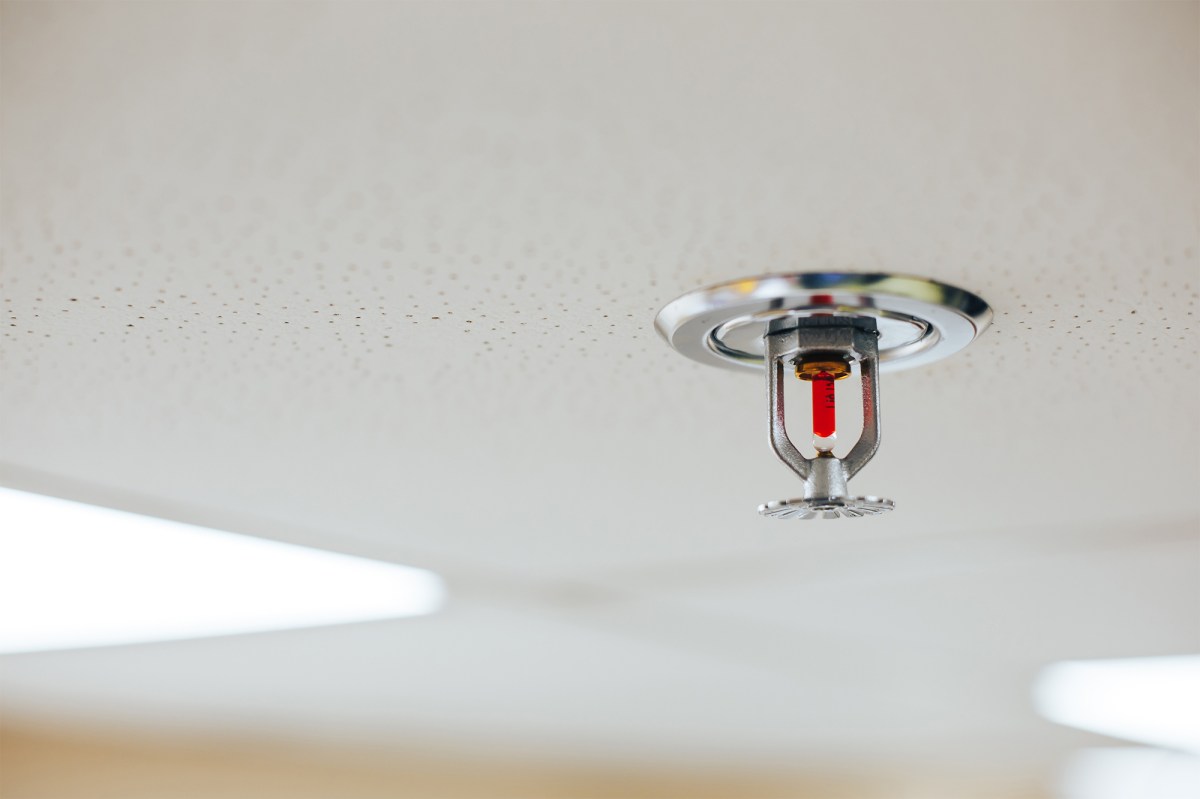 The City Council’s latest idea for screwing up housing

As if the record vacancies and ever-rising property taxes weren’t enough, the City Council is looking to add a pricey sprinkler mandate on all apartment buildings taller than 40 feet. The Community…

The City Council’s latest idea for screwing up housing

The City Council is looking to add a pricey sprinkler mandate.

As if the record vacancies and ever-rising property taxes weren’t enough, the City Council is looking to add a pricey sprinkler mandate on all apartment buildings taller than 40 feet.

The Community Housing Improvement Program, a collection of over 4,000 housing providers, estimates that the bill would require $20,000 in work on every apartment, plus $6,000 per hallway and $30,000 for a new water supply — as well as $700 per night for every tenant forced into temporary accommodations. Indeed, CHIP fears that hundreds of thousands of tenants could be displaced.

The mandate would mainly impact older, rent-stabilized apartments whose owners can’t readily cover the added costs by raising rents — which a lot of tenants have been unable to pay anyway since the pandemic hit. Many landlords already can’t afford to pay the cleaning, water and sewage bills that have piled up these last few months.

And if the work requires drilling into concrete, lead and asbestos removal would likely displace families for months.

There’s an easy and affordable alternative: Require fire extinguishers on every floor. With the entire city trying to get back on its feet, it’s no time for lawmakers to push grand, impractical solutions.
David Goldsmith
Associate Broker
Bank Neary Realty
David@BankNeary.com
212-633-2727 x213
You must log in or register to reply here.
Share:
Facebook Twitter Reddit Pinterest Tumblr WhatsApp Email Link
Top