Staff member
There is a famous story that Joseph Kennedy knew it was time to get out of the stock market when the shoe shine boy was offering him stock tips. In Real Estate whenever "everybody" thinks they can be a "flipper" it's a good sign the market is going to crash. There is even some evidence that the 2007 crash was caused at least in part because of rampant flipping: 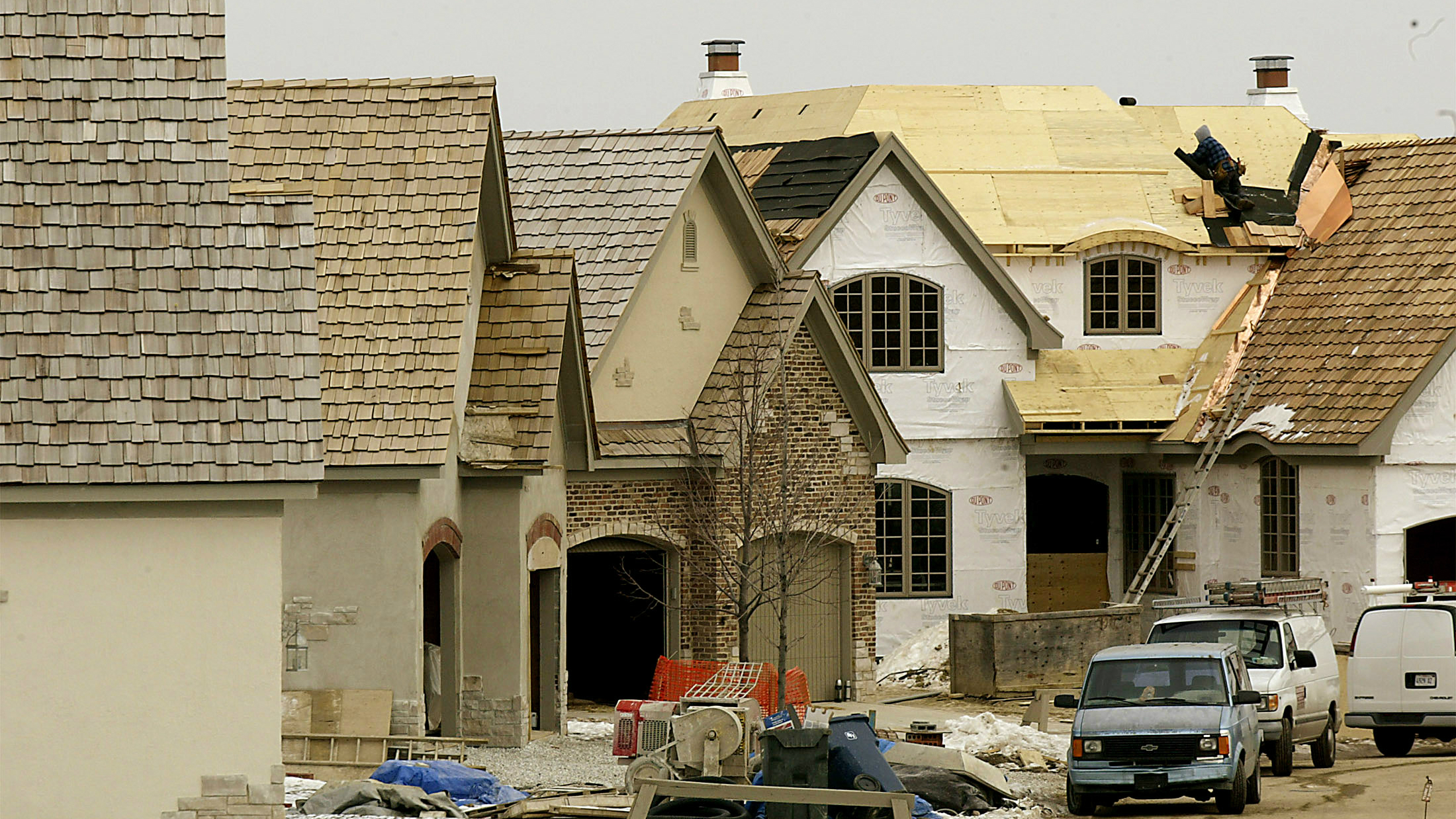 It was actually rich and middle-class house flippers who caused the US housing market to crash in 2007, not poor people in over their heads.

The grim tale of America’s “subprime mortgage crisis” delivers one of those stinging moral slaps that Americans seem to favor in their histories. Poor people were reckless and stupid, banks got greedy. Layer in some Wall Street dark arts, and there you have it: a global financial crisis.
Dark arts notwithstanding, that’s not what really happened, though.
Mounting evidence suggests that the notion that the 2007 crash happened because people with shoddy credit borrowed to buy houses they couldn’t afford is just plain wrong. The latest comes in a new NBER working paper arguing that it was wealthy or middle-class house-flipping speculators who blew up the bubble to cataclysmic proportions, and then wrecked local housing markets when they defaulted en masse.

Analyzing a huge dataset of anonymous credit scores from Equifax, a credit reporting bureau, the economists—Stefania Albanesi of the University of Pittsburgh, the University of Geneva’s Giacomo De Giorgi, and Jaromir Nosal of Boston College—found that the biggest growth of mortgage debt during the housing boom came from those with credit scores in the middle and top of the credit score distribution—and that these borrowers accounted for a disproportionate share of defaults.
As for those with low credit scores—the “subprime” borrowers who supposedly caused the crisis—their borrowing stayed virtually constant throughout the boom. And while it’s true that these types of borrowers usually default at relatively higher rates, they didn’t after the 2007 housing collapse. The lowest quartile in the credit score distribution accounted for 70% of foreclosures during the boom years, falling to just 35% during the crisis.
So why were relatively wealthier folks borrowing so much?
Recall that back then the mantra was that housing prices would keep rising forever. Since owning a home is one of the best ways to build wealth in America, most of those with sterling credit already did. Low rates encouraged some of them to parlay their credit pedigree and growing existing home value into mortgages for additional homes. Some of these were long-term purchases (e.g. vacation homes, homes held for rental income). But as a Federal Reserve Bank of New York report from 2011 reveals (pdf, p.26), an increasing share bought with the aim to “flip” the home a few months or years later for a tidy profit.

SOURCE: AUTHORS’ CALCULATIONS BASED ON FRBNY CCP/EQUIFAX DATA.
Share of mortgage balances held by borrowers with two or more mortgages (left panel) and only one mortgage (right panel) by quartile of the 8Q lagged Equifax Risk Score.
In early 2004, a little more than 10% of borrowers in the top three quartiles of the credit score distribution had two or more mortgages. By 2007, that had leapt to around 16% for borrowers in the middle half of the credit-score distribution, and around 13% among that top quartile. However, for the lowest quartile (i.e. subprime), only around 6% had more than one mortgage, rising to around 8% by 2007.
Clearly, richer borrowers were driving the trend. For instance, among prime borrowers, the growth in per capita mortgage balances held by investors was around 20 percentage points higher for those with the highest credit scores than those with the lowest.

Come 2007, investors accounted for 43% of the total mortgage balance for the top credit-score quartile. For the middle two quartiles, speculators were responsible for around 35% in 2007.
This set up a dangerous dynamic. The mortgages these prime borrowers were able to secure were much bigger than those taken out by poor homebuyers. Worse, speculators have less incentive to hold onto their extra homes than those who only own one home. So when the housing market started tumbling and the economy soon followed, they were much more willing to default and foreclose, as you can see in the chart below.

SOURCE: AUTHORS’ CALCULATIONS BASED ON FRBNY CCP/EQUIFAX DATA.
Investor share of 90+ days delinquencies (left panel) and foreclosures (right panel) by quartile of the 8Q lagged Equifax Risk Score.
This would explain why, as the researchers put it, “the rise in mortgage delinquencies is virtually exclusively accounted for by real estate investors.” The share of single-mortgage borrowers who couldn’t keep up on their loan payments barely budged between 2005 and 2008.
Recent research—particularly that by Antoinette Schoar, a finance professor at MIT Sloan—has been helping rewrite the received wisdom of the “subprime crisis” that has blamed the crisis on poor, reckless borrowers for the better part of a decade. Schoar’s work reveals that borrowing and defaults had risen proportionally across income levels and credit score, but that those with sounder credit ratings drove the rise in delinquencies. This new paper’s investigation into the habits of middle- and upper-income real estate speculators in the run-up to the crisis marks yet another chapter of the history books in desperate need of revision.
_____________________________________________

Today, we are seeing tons of "Reality Television" shows about flipping (which if you really examine it's not hard to figure out the numbers they throw out are fabricated) and once again everyone thinks they can make easy money flipping properties. So of course the margins have gotten too thin to be profitable: Home flippers have seen return on investment plunge over the past three years, dropping it to the lowest level since 2011.

therealdeal.com
The first quarter of the year saw home-flipping activity keep rising but return on investment continue a three-year slide to fall to its lowest level since 2011, according to a report from real estate data provider Attom Data Solutions.
Attom found that 53,705 single-family homes and condominiums in the United States were flipped in the first quarter, accounting for about 7.5 percent of all home sales. That was the highest level since the second quarter of 2006.

Yet as home prices
rose

, increasing acquisition costs, flippers’ returns dropped back to where they were soon after the Great Recession.​
The median gross profit on a home-flip increased to $63,200 from $62,000 the previous quarter, but that was just 36.7 percent of the median purchase price, down from 39.5 percent in the fourth quarter of 2019 and 40.9 percent a year earlier.

“Home flipping has gradually taken up a larger portion of the housing market over the last couple of years,” said Attom’s chief product officer Todd Teta in a statement. “But profits are down and are lower than they’ve been since the dark days following the Great Recession, which is a sign that investors aren’t keeping up with price increases in the broader market.”

Perhaps offsetting the narrowing of margins, flippers are financing their purchases less often. The report found that the share of investors taking out loans to flip homes dropped to 40.5 percent from 44 percent in the last quarter of 2019 and from 46.4 percent last year.

lending standards in response to the market shocks of the coronavirus pandemic.​
Tight credit also probably led more buyers of flipped homes to seek cheap credit backed by the Federal Housing Administration, which insures low-interest, low-down-payment mortgages. More than 15 percent of homes purchased in the quarter used loans backed by the agency, up from 14.6 percent in the fourth quarter and 13.5 percent in the first quarter of 2019.

Teta added that the coming months will be important for the home-flipping market. If home prices fall, flippers will get hit hard. So far, homeowners are in a
better financial position

than they were before the last recession and can ride out the pandemic without dropping prices and moving en mass.​ Each time there is a crash those flippers, who generally get involved with bigger and bigger deals on slimmer and slimmer margins, end up losing back everything they made on the way up and more on their last deal or two. I predict we are on the cusp of seeing this again.